Industrial Lighting Upgrades: Why You Should Go To LED

While the switch from traditional high bays to LED high-bay lighting may seem like the obvious choice, many are still sitting on the fence when it comes to making the upgrade. Industrial spaces such as warehouses, factories, and manufacturing facilities traditionally use older technology such as metal halides for their lighting requirements. When the time comes to replace a lamp, more than a few businesses will opt to simply replace old technology with old.This is the easy choice, and perhaps the short-term savings choice – but not the most commercial option. While biting the bullet to upgrade to a high-quality circular LED high bay may seem like a large investment, the long-term savings and benefits are not to be overlooked.

New LED Highbays last up to 50,000 hrs vs a metal halide’s 11,000, and this doesn’t just affect the time to needing replacement.While a conventional high bay will significantly reduce in lumen output as time goes on, new LED high bays will keep 95% of their initial brightness up until obsolescence. This more than makes up for the lumen reduction one will see in HID vs LED discussions. Not only that, but every year LED technology improves, increasing the lumen output while keeping wattage low – and keeping the lights even more compact. Take the Deluxlite UFO Highbay as an example, it reaches up to 19,500lm while operating at just 150W!

Metal halide lights, a type of HID (high-intensity discharge) light, have a dangerous history of overheating and exploding from high pressure. While this is usually an end of life behavior – halides can fail and explode, even when new. This presents a risk not only to employees but the entire facility. Exploding lights can lead to fire and property damage. Circular LED high-bay lights to mitigate this risk as they do not run hot, nor do they have a history of issues like the metal halide. They also produce a better-quality lumen and can be easily adjusted to point towards workstations and other areas where a concentration of light will benefit employees.

Save energy and money

Industrial spaces like warehouses, factories, and manufacturing facilities are known for their high electricity bills and the detrimental carbon footprint they produce. Replacing old halides with LED Highbays will quickly help with both the presented issues. LED’s produce far less heat and UV, use up to 70% less energy than a HID light, and last longer. Less replacement means less carbon produced in their manufacturing – and a lower electricity bill for you.

So, LED Highbays or Corn Lights?

Now that we’ve gone over the benefits of LED over traditional lighting, it begs the question of which LED replacement to choose. We’ve used circular LED high bays in our previous examples, but it’s not the only option for those looking to change. 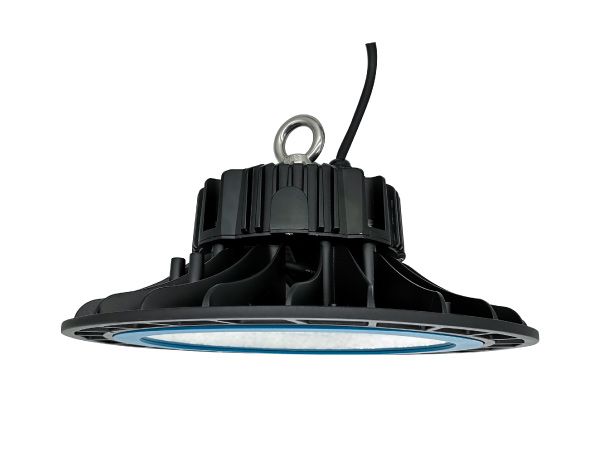 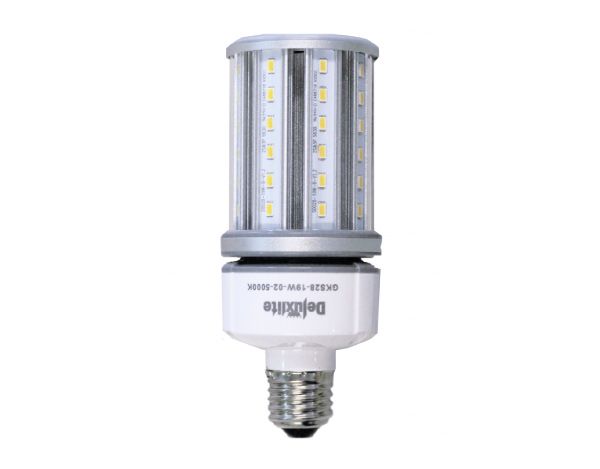 Corn lights are the retrofit replacement for old HID systems such as metal halides and high-pressure sodium lamps.These ‘corn-shaped’ lamps are a power-saving LED alternative to traditional bulbs. Coming in a range of lumens, sizes and voltages, there’s sure to be one that will fit your needs.

Replacing your old HID bulbs with these will still require some rewiring, however, you will be able to keep the same reflector setup as your traditional highway's, and once done it will be as simple as getting a new corn light should one (rarely) fail. Like all LEDs, they are energy saving, environmentally friendly, and long life – up to 50,000 hours, although you may find some brands are lower in lumen than your traditional lights. Don’t worry too much, though, as explained in our LED blog, the LED lumen will not degrade like older globes, so the later in life output will be better than what you’ve had previously.

Unlike corn lights, which replace the bulb, a UFO LED Highbay light is a direct switch out from your metal halide or other HID setup. Comparable in shape to a ‘UFO’, these lights have a wide beam angle and high lumen output.

The fittings for your HID will be replaced with the new high bay, requiring more time to change out compared to a corn light. The wide angle of the light beam may not be suitable for aisles, and in changing from your metal halide setup, more consideration with have to be taken for placements. If you don’t require a directional light, then the UFO option is a great way to reduce dark spots in your lighting.

It isn’t exactly the contest of one being strictly better than the other. All setups require consideration and review of what could best be applied. In the end, both options will see your savings on energy bills and long term maintenance costs, along with the other benefits of LED lighting.